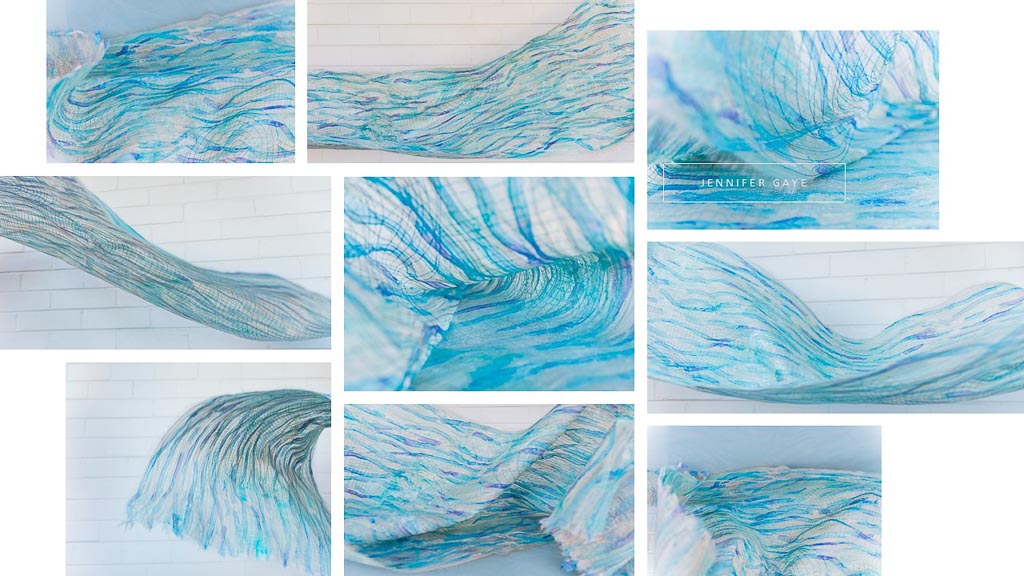 Firstly it has been some time since I last wrote something down on my page. Not for lack of topic but lack of time to put a clear thought down…

My ‘OCEAN HOLLOW series’  is now sent to London and as I take a breath to reflect on the work and the last few weeks and months, I was attached to the work as quite often happens. Maybe because the work was done to a tight time frame, or the work  evolved effortlessly, or I wasn’t quite ready to let it go…

With one of the tightest deadlines, two weeks and almost 70 hours later my commissioned artwork is complete. The large textile “OCEAN HOLLOW series” are now packaged and on their way to London.  They will be suspended in purpose made perspex boxes then wall-mounted, where I hope they will be appreciated for all their ocean inspired beauty.

Inspiration for my latest work, which continues from my previous “OCEAN HOLLOW series”, is for a large Scottish project. It is all about the ocean, sea currents, movement, and why leading London based Art Consultant Peter Millard, from Peter Millard and Partners was drawn to my textile work, for which I am very flattered…

The location for these large works is yet to be disclosed…

“Image plays a large part in allowing the textiles to be reflected, recreating emotion and why photographing the work is also so important and part of the process.”